ISRAEL AND U.S., PARTNERS IN CRIME 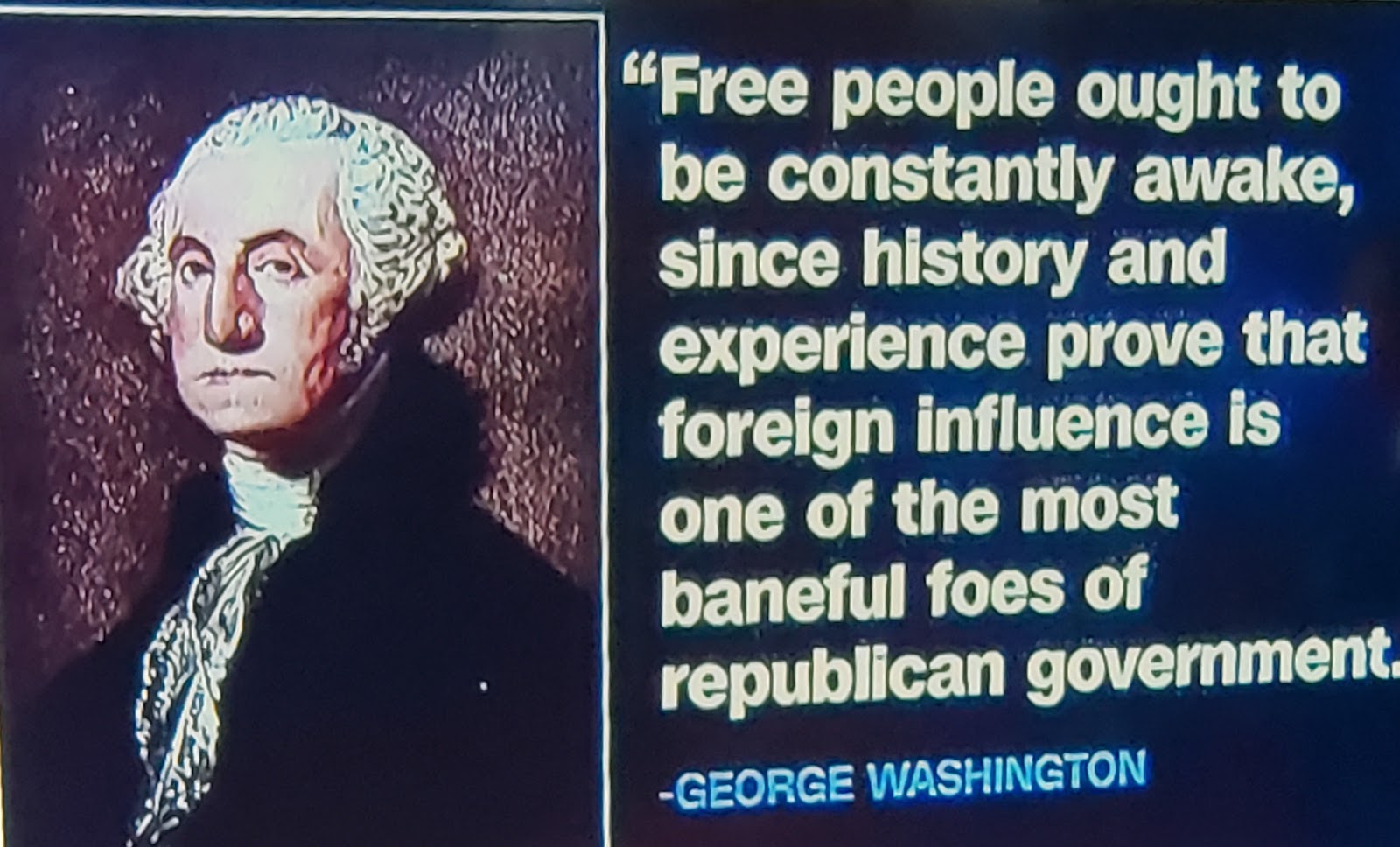 Would this law not make AIPAC's intentional influencing of U.S. policies on behalf of the Nation of Israel, in and of itself, illegal? At the very least, according to the experience and wisdom of this nation's first president, would that not make Israel a "foe" of this nation’s government?

In Washington's Farewell address to the nation, history.com sums up his thoughts on foreign involvement with U.S politics:

".....partisanship would open the door to 'foreign influence and corruption.' While he advocated for the United States to be on good terms with all nations, especially commercial relations, he argued that 'inveterate antipathies against particular Nations, and passionate attachments for others, should be excluded.'

Europe had its own, very complicated, set of interests, and the United States should keep its distance from European affairs, Washington believed. A foreign policy based on neutrality was the safest way to maintain national unity, and stability, in the United States. Although Washington saw the need for the nation to involve itself in foreign affairs in the case of war or other emergency, he argued that it must 'steer clear of permanent alliances with any portion of the foreign world.' "

We acknowledge Russia's subversive interference in our politics as wrong while simultaneously graciously allowing Israel to operate in the light of day with no deterrence! Indeed, any interference and or critique, (no matter how true, sound or reasonable) is labeled with a possible life altering, job ending scarlet letter "A", for "Anti-Semite". Just ask Lamont Hill, from his U.N adress, 2018. No questions from his employer, CNN, just a big "do not return" call:

U.S and Israel are partners in (legal and  spiritual) crimes.

They view and treat those who they deem as “less than" with contempt, writring and passing laws that reflect their heartfelt nationalistic, racist, evil biases.

Washington said those who are free should stay awake. But, I believe the only thing that truly makes us free is a biblical, scriptural belief in Jesus Christ as Lord and Savior and walking in His Spirit. Only then, can we even desire to want to see clearly.

36 If the Son therefore shall make you free, ye shall be free indeed

Abide in me, and I in you. As the branch cannot bear fruit of itself, except it abide in the vine; no more can ye, except ye abide in me.

- It is only in abiding that we can maintain that freedom and spiritual woke-ness. Although not mentioned in the bible as fruits, It is CLEARLY a product of the indwelling Spirit. It is only through salvation that we can obtain and be filled with His Spirit, and it is only through daily abiding that we can grow in Him and His ways. Our walk and growth with Christ is not a stagnant one. It's not a one decision, got it all made, ticket to heaven scenario. There is no eternal security/once saved always saved salvation. These times with Evangelicals unequivocally siding with President Trump should make that false doctrinal belief absolutely clear!