Another Pointer Toward A Totalitarian Regime

I cant understand how people cant perceive, see nor seem to undestand where and WHAT comments like these are leading to? He has dropped more than bread crumbs, he's leaving loaves!! 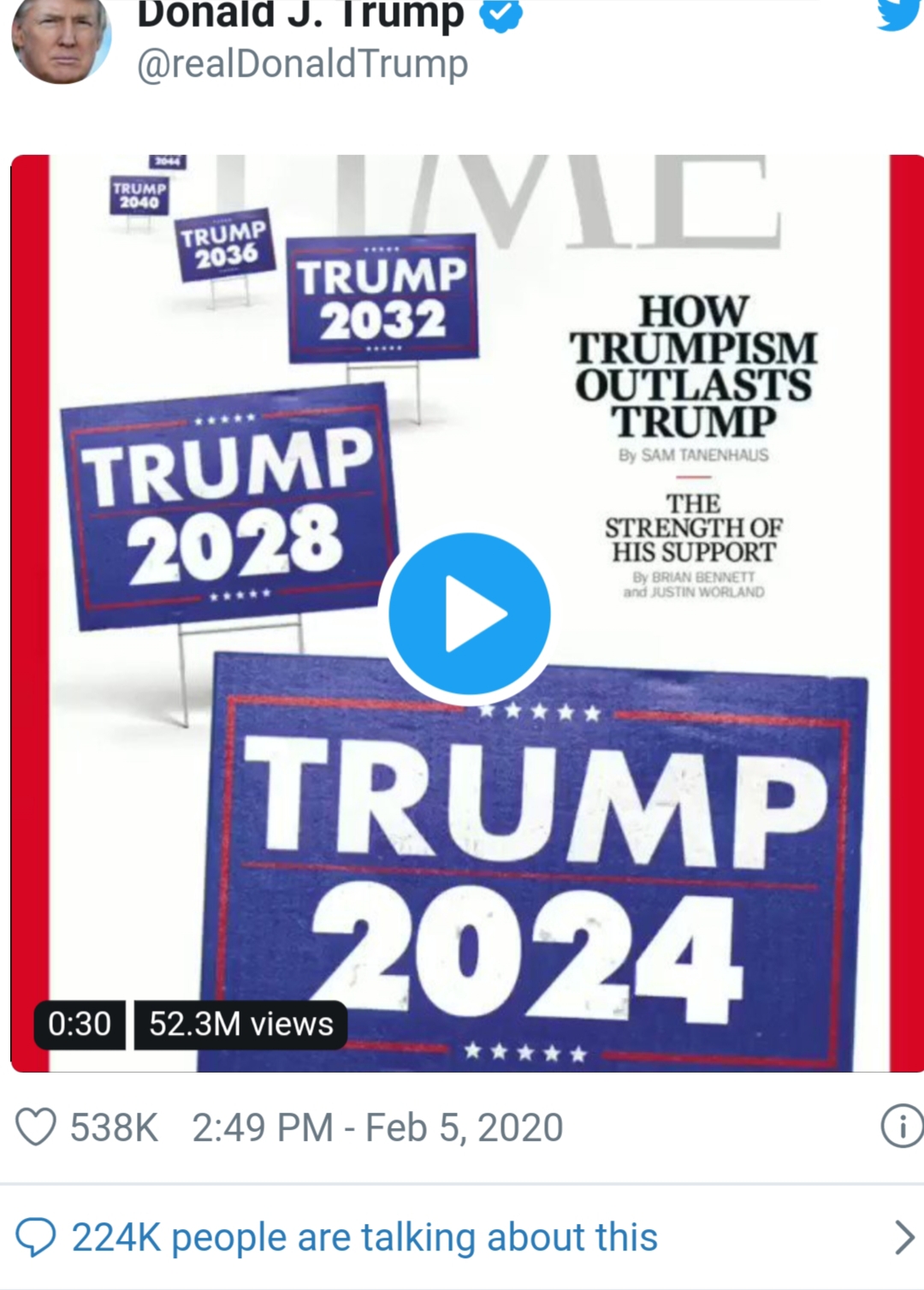 Notice the 538k likes!
Trump Tweeted March 22, 2020 at 8:28pm:
I watch and listen to the Fake News, CNN, MSDNC, ABC, NBC, CBS, some of FOX (desperately & foolishly pleading to be politically correct), the @nytimes, & the @washingtonpost, and all I see is hatred of me at any cost. Don’t they understand that they are destroying themselves?
No one is right BUT him? No one knows better than him? You dont have to be objectively against him, just question an act or motive and he treats it as an assault on him and themselves!
He is and has been building the path and setting the stage toward not leaving office and a totalitarian regime, the same as President Xi, and what President Putin himself is currently putting in place!
Here is a LINK of what I am talking about in one place. Please read, filter, discern the truth for yourself!
WAKE UP BEFORE IT'S TOO LATE!
Repent of self, Return to Christ, be Restored in the Spirit, Resist the enemy, his spirit and worldliness!
Posted by Rev.El at 7:25 AM